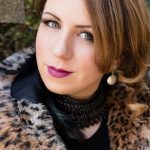 Clea Llewellyn is a rootsy soul veteran. Discovered by former Public Image Limited bassist and world-music aficionado Jah Wobble, she toured The USA, Canada and Europe (including big name festivals such as Bestival and WOMAD) and wrote with him from 2005 until 2011. Two songs co-written by Jah Wobble and Clea were released on two of his albums.

You will be able to view live streams from the following locations: 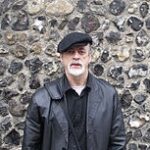 William "Bill" Lewis (born 1 August 1953) is an English artist, story-teller, poet and mythographer.[1] He was a founder-member of The Medway Poets and of the Stuckists art group.

Bill Provided this performance and reading of two of his poems, introduced by Mama G.

Bill Lewis was born in Maidstone, Kent, England. He attended Westborough Secondary Modern School and left in 1968 with no qualifications.[1] In 1975, with his friend, Rob Earl, he started a series of poetry readings called Outcrowd at the Lamb pub, later renamed Drakes' Crab and Oyster House, by the River Medway in Maidstone.[2] Both Charles Thomson and Billy Childish, the later co-founders of the Stuckists group, read at these events.

Lewis has published seven books of poetry and three of short stories; he has made five reading tours in the United States and one in Nicaragua.[10] and has read in Europe. His writing is included in The Green Man (Viking Press), World Fantasy Award winner,[10] as well as The Year's Best Fantasy and Horror, 1997 and 1998.[13][5]

In 2011 Lewis was published by Greenheart Press and his first book with them 'In The House Of Ladders' is a book of poems which also contains six black and white prints by the author. Lewis' second book for Greenheart Press, "In the Long Ago and Eternal Now", was published in January 2017. This also contains black and white pictures by the author and it features several long sequences. Mare Nostrum is a nine part suite of poems that uses the Mediterranean as a metaphor for both the collective and personal unconscious. This sequence has elements of mythology as well as the poet's own personal memories. Another longer piece in the book is called "The Other" and celebrates Otherness in all of its forms e.g. ethnic, gender, duality.

In 2019 the first volume of Lewis' collected poems was published by Colony Press entitled "This Love Like A Rage Without Anger", Poems 1975-2005. This collection contains the first 30 years of his writing including his 'Medway Suite' and poems written in the Americas.

His position in art in many ways stands for the Stuckist ethic.[12] He has said "I do this because I can’t do anything else and I’ve spent 20 years doing it."[12] He says the importance of his work is not in the technique, but "what's underneath it"; he redraws or repaints an image as many as eighty times, until he is satisfied with it.[1] He names as influences Marc Chagall, Paula Rego, Ana Maria Pacheco, films and comic books.[1] He has been quoted as saying "People are never sure if we are being ironic or not. We are not. We are coming from the heart."[12] 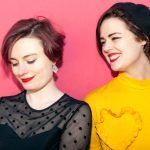 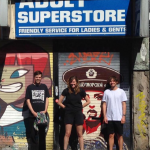 Adults are your awk pals who’ve listened to too much indie pop and 90s emo. Dance along to songs about crap jobs and MSN whilst all their gear breaks, it’ll be a blast xoxo. 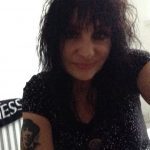 Originally a native of Los Angeles, California, Renee Kathleen has resided troughout the USA and the U.K.  Embracing the many multi-cultural experiences of travel, she developed a unique style that reveals elements of the mystical, exposing the spiritual energy contained in all beings.

Whether with words, photographs or vibrant colourful brush strokes, her art captures and releases the true essence or soul-whatever or whoever the subject matter, demonstrating a respect and a reverence for the Divine present in individuality.

Prior to formal training, her first exhibit and awards were at age 14. Silk screen graphic ‘The Oaks’ and the acrylic painting “The New York Jets vs. the Miami Dolphins” exhibited at The Polk Museum of Fine Art.  Theatre set design & stage painting would lead to future residential and commercial murals.

With new talent cropping up all the time, we also run preview and work-in-progress shows.

Much Laughter are on hand to arrange Charity Comedy Nights in Medway and surrounding areas to suit all budgets.

In the future, we are planning to open a stand-up workshop to help vulnerable children and young adults grow in confidence.

Sharon Jackson Talks about Much Laughter and Pride with Hilary Cooke 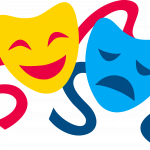 The Overcoming Theatre Group was born during the LGBTQ+ Creatives project of Ideas Test funded by Porchlight and Live Well Kent.

UNISON is the UK’s largest union, serving more than 1.3 million members. We represent full-time and part-time staff who provide public services, although they may be employed in both the public and private sectors. We represent members, negotiate and bargain on their behalf, campaign for better working conditions and pay and for public services. And more besides. UNISON Sponsor Page 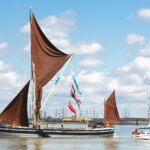 When considering venue hire, the characterful hold of a wooden sail boat provides a unique warmth and a great atmosphere, perfect for celebration events, private dining, meetings, or music nights.

Our sailing barge, Edith May, can hold up to 60 people for a static event, or up to 30 for a sit down meal, making her a great venue to hire for a range of events.

With a fully licenced bar, we stock a range of locally sourced beers, wines and spirits. Catering quotes can be provided on request. Our food is homemade, with an emphasis on high quality, and Kent produce.

The barge is based at Lower Halstow, in Kent, but she also regularly moors at Chatham Maritime and quotes can be provided for her to be moored at a range of other East Coast ports, from Whitstable to Ipswich.

Heather & Ed are experienced event managers and in addition to the barge, also run local cultural venue, Sun Pier House. We are always happy to share our experience and offer advice if you need support with your idea. We even held our own wedding reception drinks on board the barge!

Please contact us to talk about your event, venue hire and our availability. Our hire fees are individually priced  based on your requirements.